A human can commit a sin, but the best human is the one who truly repents to Allah after committing a sin. True repentance must be accompanied by remorse for sin and a firm intention not to do it again. Even after true repentance, one can again make mistakes, but he should not despair of Allah’s mercy. Therefore, we should repeatedly ask Allah’s forgiveness. We must be mindful our sins and try our best not to die in such a way that Allah Almighty is angry with us for our sins.

Sahar Afsha, the famous actress of Bhojpuri films, has decided to leave the film world and follow the path of Allah and His Messenger. Earlier, Bollywood actress and Big Boss 6’s famous contestant Sana Khan had announced to say goodbye to the film industry. Of course, the two actors leaving the glittering world of showbiz is due to the fear of Allah before whom we also have to give an account of every single moment of our worldly life. Repentance from the film industry of Sahar Afsha and Sana Khan and earlier Zaira Wasim from the film industry is no less than jihad because the most important jihad of man is against his own self.

The pleasure of Allah with the repentance of His slave is also the result of Sustainership and extreme mercy. A slave, entrapped by the tricks of the devils had gone astray from the right path, has come back to His threshold. But the repentance of the slave does not increase the exaltation of Allah in any way. He is great and will remain as such. He is needless, while we need Him. He is matchless. He is the Supreme Creator and Cherisher of the entire universe. The benefit of repentance directly comes to us, as loss caused by the disobedience of Allah accrues to us. The entire Ummah unanimously agree in the light of the Holy Quran and Sunnah and that making repentance is compulsory. There are three conditions for repentance, if the sin is related to the rights of Allah, like negligence in offering salah and observing fast or to the acts which have been prohibited by Allah and His Messenger (PBUH) like consuming wine and committing adultery: (1) quitting the concerned sins, (2) feeling ashamed at the sins and (3) determining not to commit that sin ever in future. But in case the sin is related to the rights of a human, there is one more condition, apart from these three, for thevalidity of repentance: either fulfilling the right of the concerned person or seeking forgiveness from him. In short, Allah has made an everlasting principle in regards with the rights of humans that they should be firstly fulfilled or forgiveness should be sought from the concerned person, and then one should repent to Allah.

Repentance actually means to return. In the terminology of Shari’ah, it means to return to theobedience of Allah from His disobedience. There are three conditions for the validity of repentance in case of negligence in the rights of Allah, and four conditions for its validity in case of negligence in the rights of humans. Therefore, as we should duly fulfill the rights of Allah, so we should avoid even the least degree of negligence in the rights of humans. If we commit negligence in the rights of humans, they will, as the Prophet (ﷺ) says, be fulfilled on the Day of Judgment from the good deeds of the person who has usurped them. The Prophet (ﷺ) said: “Do you know who is poor? They (the Companions of the Holy Prophet) said: A poor man amongst us is one who has neither dirham with him nor wealth. He (the Holy Prophet) said: The poor of my Ummah would be he who would come on the Day of Resurrection with prayers and fasts and Zakat but (he would find himself bankrupt on that day as he would have exhausted his funds of virtues) since he hurled abuses upon others, brought calumny against others and unlawfully consumed the wealth of others and shed the blood of others and beat others, and his virtues would be credited to the account of one (who suffered at his hand). And if his good deeds fall short to clear the account, then his sins would be entered in (his account) and he would be thrown in the Hell-Fire.” (Sahih Muslim)

Allah Almighty has time and again suggested us in the Holy Quran to make repentance. I would, to avoid extra length, like to quote only two verses from them. Allah says: “And repent to Allah O believers, all of you, so that you may achieve success.” (Surah al-Nur: v. 31) At another place, Allah says: “O you who believe, turn to Allah with a faithful repentance. It is hoped from your Lord that he will write off your faults, and will admit you to the gardens.” (Surah Al-Tahrim: v. 8) In the first verse, Allah says that the person who makes repentance achieves success. The second verse says that the person who makes true repentance will have his sins forgiven and will be admitted to the Paradise.

The Messenger of Allah (ﷺ) is also reported to have said: “O people, turn to Allah in repentance and seek His forgiveness. I make repentance hundred times in a day.” (Sahih Muslim)

True repentance omits even the most heinous sins: The famous and authentic collections of hadith records a story heard from the tongue of the Prophet (PBUH). The Prophet (PBUH) said: There was a man in an Ummah earlier than you. He had murdered ninety nine people. He asked for a great scholar to seek his opinion on repentance and people told him the address of a Christian monk. The man went to the monk and asked: I have murdered ninety nine persons. Do I have any scope for repentance now? The monk replied in negation and the man killed the monk also. But he felt highly ashamed for the sins he had committed and wanted to make true repentance to Allah. So, he again asked for another religious scholar and people referred him to someone else. He went to that scholar and told him that he had murdered hundred people and wanted to make repentance. Will his repentance be accepted? The scholar replied in affirmative and told him that there is nothing that makes a hurdle between Allah and His repenting slave. The scholar also said to him: Go to a certain village where you will find some people engaged in the worship of Allah. Join them and get busy in worshipping your Lord. This man repented to Allah and headed for that village. While he was still on his way, the death reached him. The angel of mercy and the angel of punishment began fighting to take out his soul. The angel of mercy argued: This man had made true repentance and turned to his Lord. Therefore, he deserves that I should take out his soul. The angel of punishment protested by saying: This man has not yet done any good deed and therefore he does not deserve any mercy. By the order of Allah, another angel came to them in the shape of a human. They made him their arbitrator. This disguised man proposed: Measure the distance between him and the place where he used to commit sins, and then the distance between him and the place where he was going. He will be counted among the people nearer to him in distance. So, the measured the distance and found him nearer to the place where he wanted to go for worship. Some narrations suggest that Allah Almighty Himself ordered the place of sinning to get increased and the place of worship to get decreased in distance. This way, the distance between him and the place of worship appeared shorter by one span and therefore he was forgiven.

This story is also supported by the Holy Quran and Hadith. Surah Al-Zumar (v. 53) reads: “Say (on My behalf), O servants of Mine who have acted recklessly against their own selves, do not despair of Allah’s mercy. Surely, Allah will forgive all sins. Surely, He is the One who is the Most-Forgiving, the Very-Merciful.”

Allah Almighty forgives in this world even the greatest sin like shirk on the basis of repentance. So, we should not lose hope from the mercy of Allah, no matter how much sin we have committed. But the Prophet (PBUH) has also said: “A wise man is the one who calls himself to account (and refrains from doing evil deeds) and does noble deeds to benefit him after death, and the foolish person is the one who subdues himself to his temptations and desires and seeks from Allah the fulfilment of his vain desires”. (Sunan Tirmidhi and Ibn Majah) According to this hadith, we should not dare to commit sins, lest we may die before getting the opportunity to repent.

This story teaches us the lesson that Allah Almighty is still ready to accept our repentance. Therefore, we should have no delay in repenting for our sins and turn to the righteous deeds. We must not postpone our repentance to tomorrow, Friday or Ramadan. Instead, we should at once quit sinning, repent to Allah and begin a new life. Allah, as it is hoped, is ready to accept our repentance even from the greatest sins. It will be no use to shed the tears of blood if our soul leaves our body before making repentance. If we have usurped the rights of a human being, we should immediately clear our account by fulfilling his right or seeking forgiveness from him; else such rights will be fulfilled on the Day of Judgment through our good deeds, as the Prophet (PBUH) had stated. As for our engagement with this worldly life, the Prophet (PBUH) has said: “If a son of Adam were to own a valley full of gold, he would desire to have two. Nothing can fill his mouth except the earth (of the grave). Allah turns with mercy to him who turns to Him in repentance”. (Sahih Bukhari)

We need to make separate repentance from great sins, although it is sufficient to recite Istaghfar for forgiveness from small sins. This is the reason why the Ulama suggest that we should recite Istaghfar after every salah and every morning and evening. Man is associated with the devil, himself and the society. Therefore, he comes to repeat the sin from which he has repented. But he should always feel ashamed at the sins he has committed and determines not to repeat them in future. He should always ponder over the way how to get rid of certain sin. We have read the story in which a person had murdered ninety nine people and he was anxious to find a way out. If one has strong determination to avoid sins, Allah Almighty will surely help him in this regard.

After UAE, Bahrain Normalies with Israel, Stirs the anger of Muslim World 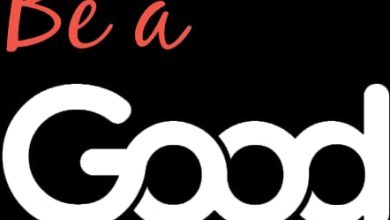 Be a Good Neighbour to Your Neighbours