NEW DELHI: Petitions challenging the release of 11 convicts in the Balqis Banu gang-rape case of Gujarat were heard in the Supreme Court on Tuesday. Meanwhile, Union Minister Prahlad Joshi has defended the release of the accused in the Bilquis Bano case. Joshi argued that there was nothing wrong in the case. The accused were released according to law.
Meanwhile, the Supreme Court on Tuesday said it will hear a plea on November 29 against its decision to pardon 11 convicts in the 2002 Balquis Bano gang-rape case. A bench of Justice Ajay Rastogi and Justice CT Ravi Kumar directed that the reply filed by the Gujarat government on the matter be made available to all parties. Time has been given to the petitioners to file their reply to the affidavit filed by the Gujarat Government.
Union Parliamentary Affairs Minister Prahlad Joshi told NDTV, “I don’t see anything wrong with it, because it is a process of law.” “Spent a lot of time in jail.”
The Gujarat government has told the Supreme Court that these people were released because they had been in jail for 14 years. His behavior was found to be “good”. Along with this, the Center had approved it.
The Balquis Bano gang-rape convicts were released on Independence Day on August 15 amid nationwide outrage. Outside the Gujarat jail, these convicts were given a hero’s welcome by wearing necklaces and feeding them sweets. 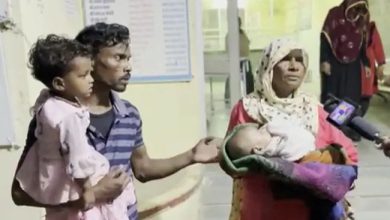