Jamiat Ulama-i-Hind (JuH), an old institution led by Indian ulama, launched a huge special issue of AlJamiat Weekly dedicated to the life, thoughts and works of late Maulana Qari Syed Muhammad Usman Mansoorpuri, working rector, Darul Uloom Deoband, the first national president of JuH (M) and Jamiat’s fourth Amir-ul-Hind on Friday, 17 December, 2021 at Jamiat headquarters in Delhi. The special issue in the form of a voluminous book was released by ulama, academics and intellectuals which, among others, included Mufti Abul Qasim Nomani, Shaikhul Hadith and Rector of Darul Uloom Deoband; Maulana Syed Arshad Madani, the fifth Amir; Maulana Badruddin Ajmal Qasmi, Member, Lok Sabha; Maulana Nematullah Azmi, a senior teacher of Hadith at Darul Uloom Deoband; Prof Akhtarul Wasey, Professor Emeritus, Jamia Millia Islamia; Dr. Syed Farooq, Chairman of Tasmia Educational and Welfare Society; Mohammad Salim Jamiyee, Dr Abdul Malik Rasoolpuri, compiler and assistant-compiler respectively of the 811-page book. Born on 12 August, 1944, Qari Usman Mansoorpuri passed away on 21 May, 2021 at the age of 76.
Chief guest and president, JuH, Maulana Arshad Madani remembered his predecessor shedding light specially on his family life stating that his relationship with Qari Usman was not one of a teacher and taught but “he was my brother-in-law” whose family life, as I have known and seen, was “very clean and unstained.” All that was said is correct, but what others completely missed to mention is about an old tradition of the famous seminary where just passing out was not considered enough unless one associated oneself to a guide for a training. He called it a hallmark of the Deoband tradition which is non-existent now. After completing formal studies, Qari Usman remained under the training of Hazrat Shaikhul Hadith (Maulana Muhammad Zakariyya). The goodness that you saw in Qari Usman and spoke about was, in fact, “the outcome of that training”, Madani said. It is so because of the repeated remembrance of Allah that His presence is felt in a man’s life which stops him from any misdeed and makes him aware of his responsibilities, he added.
Maulana Nematullah Azmi shared a story of Qari Usman’s uprightness stating that Qari Sahab had an unwavering commitment to work which needs to be followed. He was a true academic and did justice to his occupation. A ruler cannot pass an order on the basis of knowledge but of evidence and proof, but the academic community goes deeper to get to the bottom of the truth. As an administrator, Azmi said, Qari Usman would try to gather all the information to find the truth and once the truth was unraveled, he “would not delay in acting.”
In his brief presidential remark, Mufti Abul Qasim Nomani appreciated the publication of Al-Jamiat’s special issue on late Qari Usman Sahab and said that birth and death were continuous processes but “We should continue to discharge our duties.” Member of Parliament, Maulana Badruddin Ajmal Qasmi called Qari Sahab a “non-controversial person” whom he had seen for about 20 years in the meetings of Darul Uloom as well as in Assam as president of Jamiat. Qari Sahab loved children a lot but was a strict disciplinarian, said Mahmood Madani, the man behind the huge book.
Qari Sahab would be remembered as an “ideal teacher”, Maulana Khursheed Anwar Gayawi said, while Maulana Ashhad Rasheedi called him “a man of dignity, simplicity, sense of responsibility and a great sense of accountability” before God. Maulana Munir Naqshbandi said that Qari Sahab taught not only students but also the teachers.
Maulana Niyaz Ahmad Farooqui, secretary, JuH, highlighted some salient facets of the life of Qari Usman like training and preparing people for future, a teacher versed in the art of teaching, fighting against misguided sects and sticking to principles. Late Qari Usman’s son, Maulana Syed Muhammad Salman Mansoorpuri, other ulama and dignitaries also shared their views. Maulana Syed Muhammad Affan Mansoorpuri beautifully coordinated the programme.
While concluding the three-hour long programme with his vote of thanks, Mahmood Madani also announced about an essay-writing competition in memory of late Qari Usman Mansoorpuri. 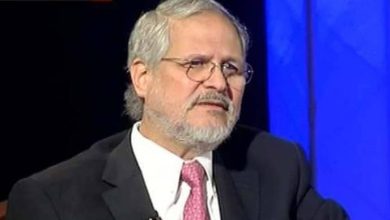 Gyan Vapi Case: The appeal of the Hindu side for early hearing has been accepted by the Supreme Court, the hearing will be held on November 10